This text as a PDF 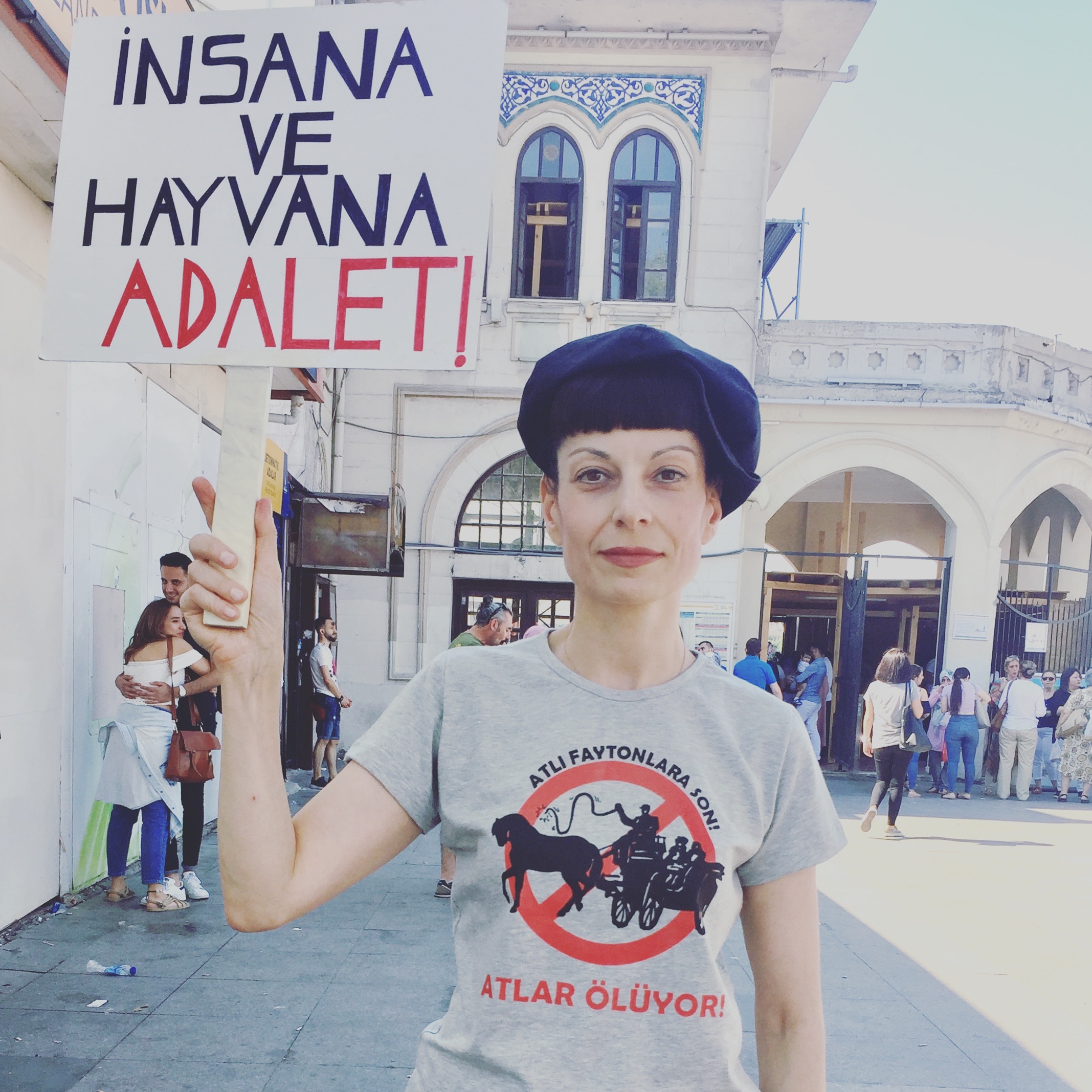 Background: Zülal Kalkandelen is a prominent journalist, author and vegan animal liberation activist in Istanbul, Turkey. The vegan animal rights and animal liberation movement in Turkey is astonishingly large and active. This is “astonishing” because we hear too little abroad about their strategies, their approaches, their successes and the problems activists in Turkey face amidst a general situation of constant threats of losing their basic human rights. Zülal currently runs a campaign against horse carriages, she featured the topic recently in the the secular Turkish Newspaper Cumhuriyet, for whom she writes as a columnist [1].

Tierautonomie: You recently published your first major piece on animal liberation, in a previous publication that you co-authored with the vegan anarchist author Can Başkent you talked about the political importance of veganism, can you tell us about both publications? What are your primary concerns?

Zülal Kalkandelen: The book titled “Veganism: Ethics, Politics and Struggle” [Veganizm: Ahlakı, Siyaseti ve Mücadelesi] was published as an e-book in 2013. It is the first veganism book published in Turkish. With Can Başkent, we wrote it to answer the questions that can come to the minds of vegans and non-vegans in daily life. At the same time, we also wanted to introduce the ethical stance of veganism at a time when veganism was reflected in the media only as a diet. It is an easily readable text in interview/conversation format where two writers who both live a vegan life for a long time have different approaches to the subject at some points. Until this day, many people expressed that this book has guided them. I can say that it has functioned well in these terms.

My book titled “Vegan Revolution and Animal Liberation” [Vegan Devrimi ve Hayvan Özgürlüğü], published this year, is the most extensive copyrighted study in Turkey in this area. I assessed feminism, environmentalism and Marxism based on their approach to animal rights, and developed an intertextual criticism. There are also special interviews I made with leading/popular vegans in the book. I talked with musician Moby, musician and music writer John Robb, co-founder of North America Animal Liberation Front Press Officer Dr. Jerry Vlasak, experimental noise composer Keiji Haino and first vegan presidential candidate of the USA Clifton Roberts, and tried to reflect different points of view in terms of veganism and animal rights activism. 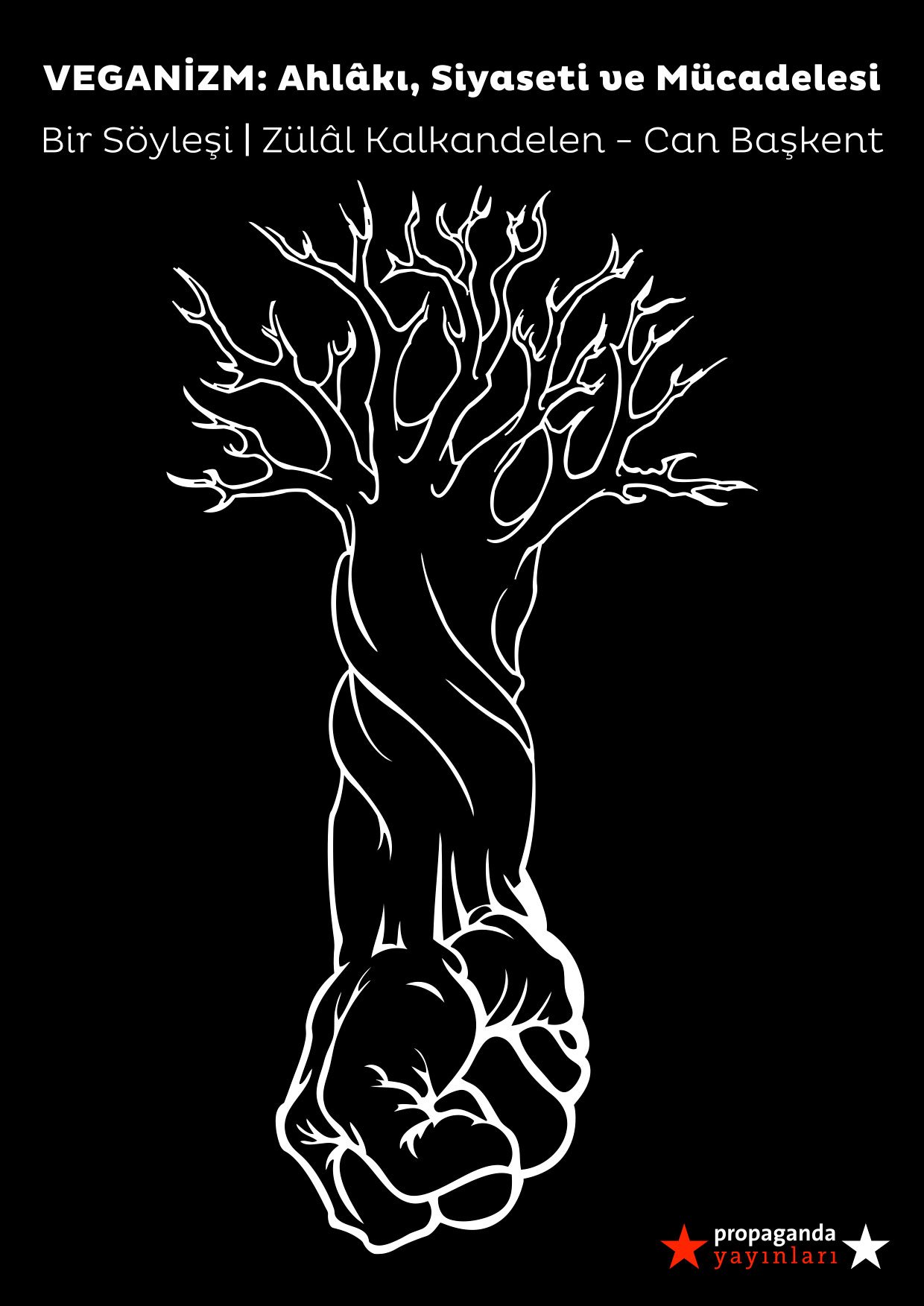 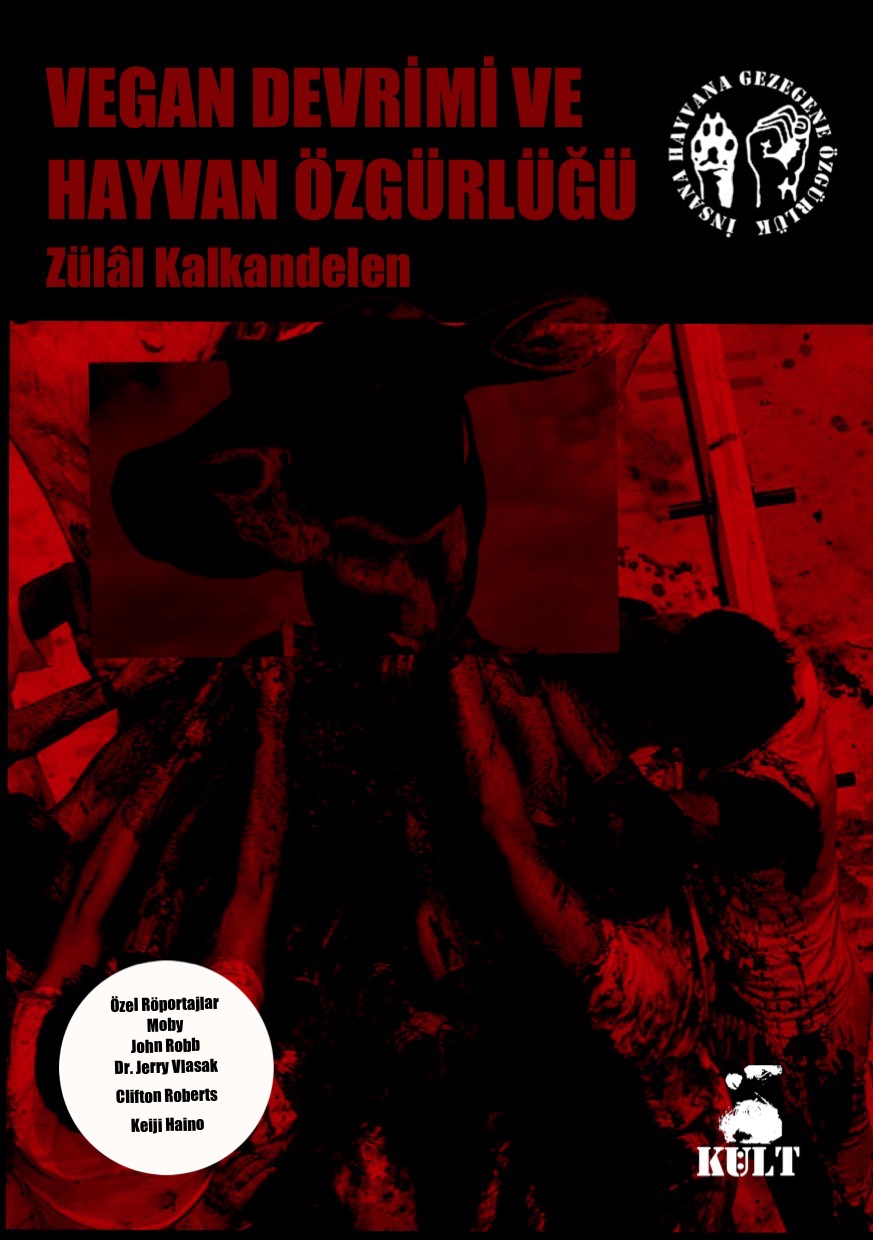 Tierautonomie: Your activism for Animal Rights is stunningly effective, you have a great outreach, a broad spectrum of recipients and a lot of active feedback. Is there any advice you could give someone for empowering them to become their own masters within their own paths of activism? What makes activism effective do you think?

Zülal Kalkandelen: I focused on this subject in the last chapter of my book published this year. There are different approaches in activism. While there are people who defend gradual progress to the objective, there are also people who clearly state the animal liberation idea we defend from the start and think it is right to express this to the society without any compromise. I am closer to the second group.

Above all, I emphasize that veganism and animal rights activism must absolutely be together and all activists must primarily live as a vegan. It is essential to avoid limiting street activism only to handing out leaflets and instead, to use it actively in order to expose the truths hidden from the society. I encourage the Cube of Truth [2] demonstration which is a significantly effective type of protest.

It is important to use media and social media actively and to share correct information. Animal liberation acts are required to attract attention that liberation of sensitive beings who are tortured and who are wanted to be deprived of their right to live, is a right. These must be planned very carefully. Activism is effective, because we are right. We must be aware of this and stand tall by holding our ground. The scientific facts that allow us to express our arguments in a non-disprovable way also support us. We must know that the things accepted by everyone may not be true at all times, and we must not give in to majority pressure. Above all, it is essential to be determined, patient and brave. 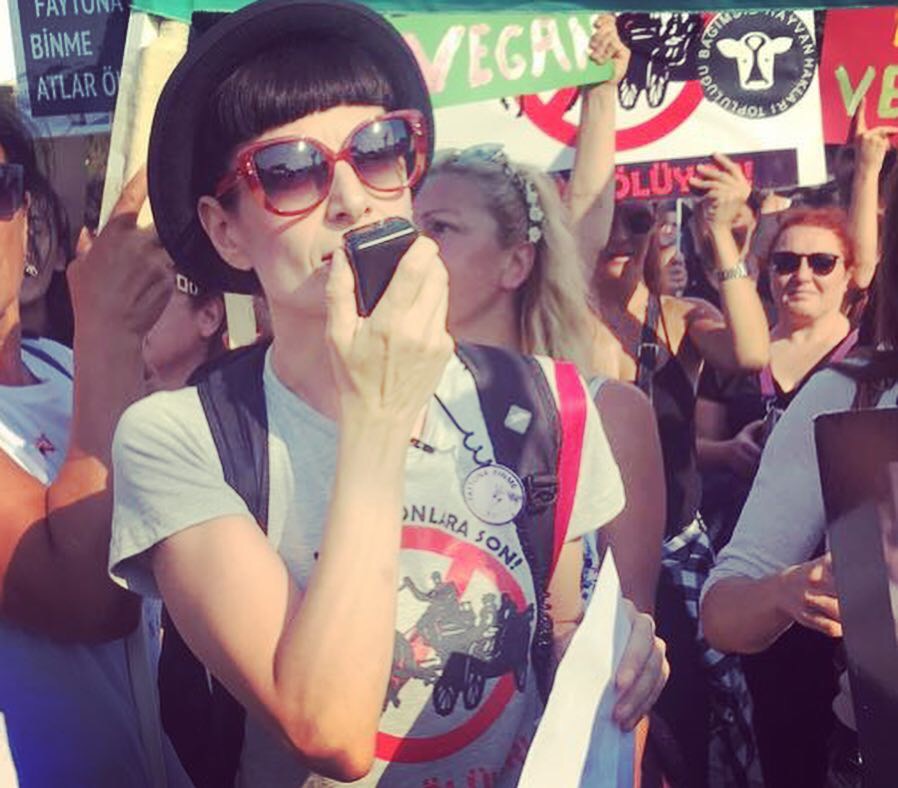 Tierautonomie: Apart from your journalistic work you also run the radio program Veganlogic. Music and arts play politically relevant roles. Do you think views that imply nonhuman concerns (animal-liberation-supportive-standpoints) can find more space in the independent music and arts scenes in the future?

Zülal Kalkandelen: I had to end my radio show on April due to a health problem in my family. Of course, music is a very important tool to draw attention to social issues. I hosted many shows consisting of songs focused on animal rights. Today, it is not possible to say that songs that deal with this issue are too many. This subject is almost a taboo. Even a few vegan musicians bring animal rights forward.

However, there are these kinds of bands in anarcho-punk, hardcore-punk scene. They reflect the opinions defending environmentalism and animal rights in their music as well as a stance against fascism, capitalism, authority, sexism and homophobia. This requires an anti-system political stance.

Today, you have to free yourself from commercial expectations in order to make such music. Because it is the opposite of what is popular. I hope it increases in the future, but I think, it will always have its place in independent music scene, minority and underground veins.

An ethical revolution for humanity

Tierautonomie: All forms of oppression are connected, but each one has its unique and specific tragic features, such as in speciesism: “being food”, “being primarily classified in ‘biologistical’ terms”, “being readily objectified in aesthetics and arts” for instance. How can we discuss the specifics of nonhuman animal oppression, in that sense, while keeping the broader connections of different oppressive systems (racism, sexism, classism, ableism, …) in perspective?

Zülal Kalkandelen: It is proven that animals have feelings too, and humanity must do what is necessary. We must question speciesism which attributes superiority to humans and carnism which defends on protecting one animal while slaughtering another one, and must bring forward individuality status of animals as well as their right to live without being subject to violence. This is an ethical revolution for humanity.

It is speciesism to think that life of a sensitive being is less valuable than the others. This based on the same foundation with racism based on discrimination among human races and sexism based on discrimination among sexes. Slaughtering animals is based on this anthropocentric idea. This is the reason why we defend human, animal and earth freedom at the same time. If the whole planet is an enormous slaughterhouse for animals, how can people hope for peace here? Humanity must face this truth.

There is no reasonable use of holding on to the past conservatively and making it an excuse for continuing the exploitation. If all things would continue the same way, neither slavery would be abolished nor women’s rights would be defended. In order to be against all discrimination the same way, we must emphasize that all creatures have the right to live without being subject to any kinds of exploitation or discrimination. Discrimination against animals cannot be accepted similar to discrimination based on race, religion, sect, sex. 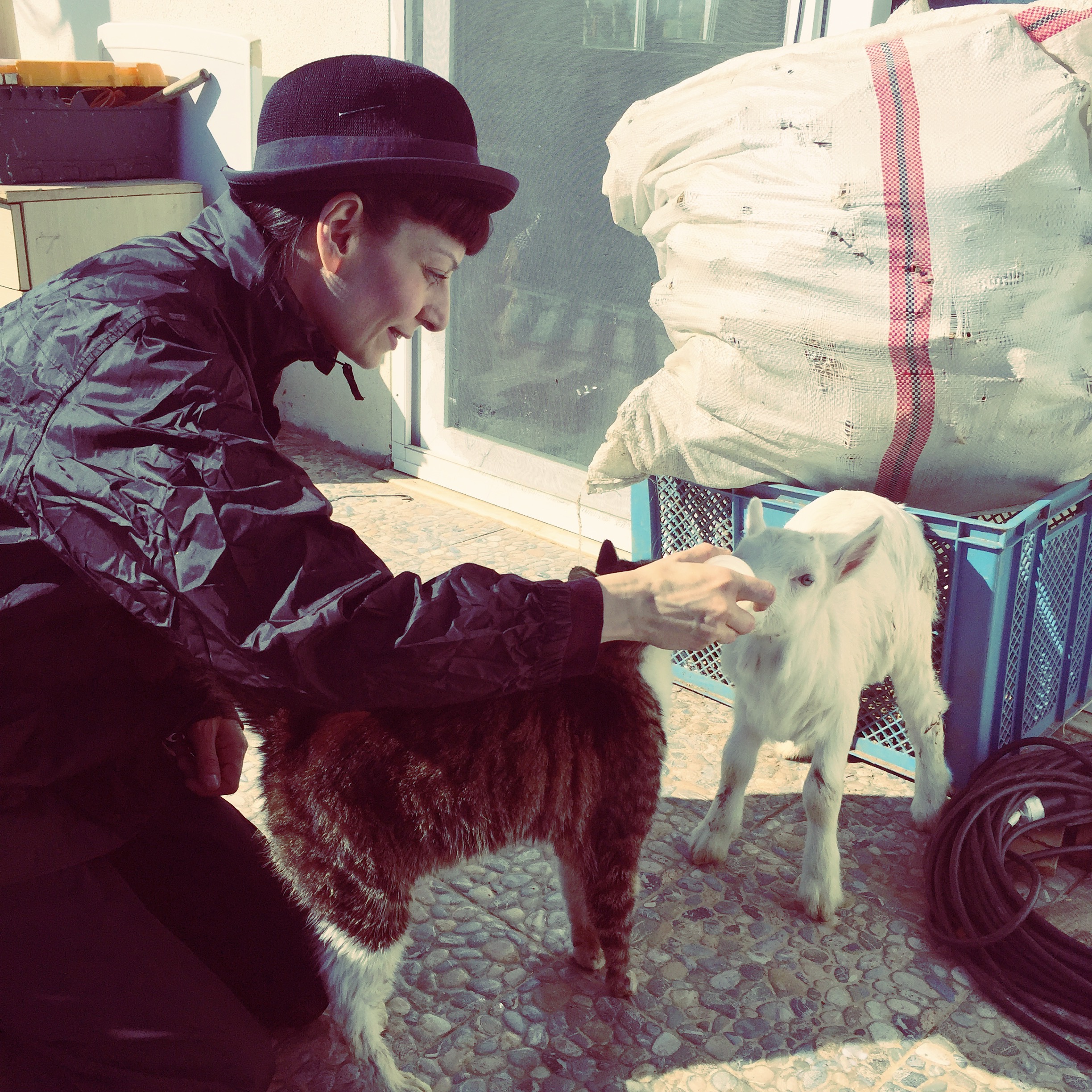 Tierautonomie: Do you think we can combine environmental protection (including habitat protection, space to live, space for sanctuaries + microsanctuaries) and animal rights more explicitly, in a way that recognizes the relation between ‘nature’ and nonhuman animals as essential, and embed the protection-of-nature into animal rights, and lift the environment thus out of the attributed status of something like: ‘having to serve as a living resource that ought to serve human interests’?

If I asked what is the biggest environmental problem in this age we live, probably everyone would say climate change and global warming. 13% of global greenhouse gas emissions comes from all transportation vehicles (including all land, sea, air and rail vehicles). 51% is caused by animal husbandry industry and its sub-industries… vegetative diet decreases carbon footprint by 50%.

According to a research conducted by World Wildlife Fund, 60% of biological diversity loss in the world is caused by meat. All of these reveal that animal industry is the essential reason of extinction of species, dead zones in oceans, pollution in waters, loss of natural habitats and climate change. People cannot continue ignoring these scientific data for a long time. The nature raised its red flag long ago. It must be accepted that the earth is whole with its trees, animals and humans.

Tierautonomie: Animal rights is equally relevant in every part of the world and in each layer of societies, and speciesism is affecting all nonhumans animals in one or the other way. Yet animal rights activism seems split in various ways. We have for instance the protection of wildlife on one hand and the farm animal rights movements on the other. At the same time the discourse seems to be dominated by West-centric views on framing nonhuman animal issues. Do you think the animal rights movement could become more universal and more pluralistic, in order to face the overall situation of speciesist destructivity affecting nonhumans globally?

Zülal Kalkandelen: Unfortunately, the division in animal rights activism prevents the movement from being more effective. Focusing on a group of animals while ignoring others prevents the development of a struggle in the society for holistic right to live. In order to eliminate the destructive effect of speciesism, we must reject all exploitation towards all animals without any discrimination.

It is not possible to understand a person who has pets or works at an animal shelter to go home, cook lamb meat and eat it. It is essential for the people within animal rights movement to be vegan. Otherwise, everyone in this world would continue to justify their own exploitation. Therefore, it is important to spread veganism.

The most basic right in animal rights struggle is the right to live. Because, you cannot defend any right of a sentient being you do not keep alive. What is necessary to do is to ensure that the vegan movement is spread on an ethical basis and to integrate it with animal rights movement. This is what I am trying to do.

[1] We have presented two other relevant sources dedicated to the vegan, animal rights and animal liberation movement in Turkey. See:

We asked Can Başkent about the interfaces of Atheism and Animal Rights, 2014, http://www.simorgh.de/objects/we-asked-can-baskent-about-the-interfaces-of-atheism-and-animal-rights/ , accessed 02.10.2018.

[2] The Cube of Truth protests were initiated by ‘Anonymous for the Voiceless’ and have gained attention in the many places globally where they are being carried out, see https://www.anonymousforthevoiceless.org/ , accessed 02.10.2018. 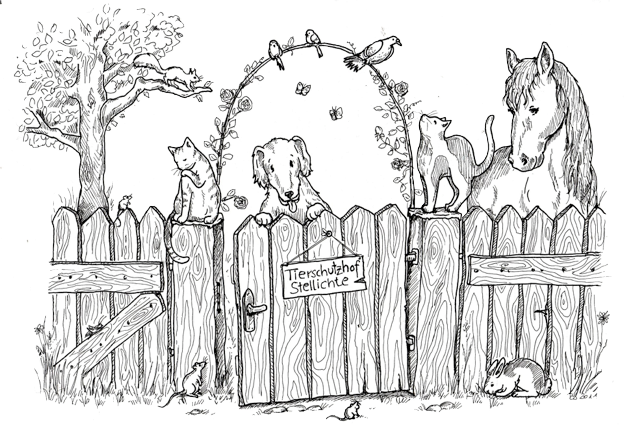 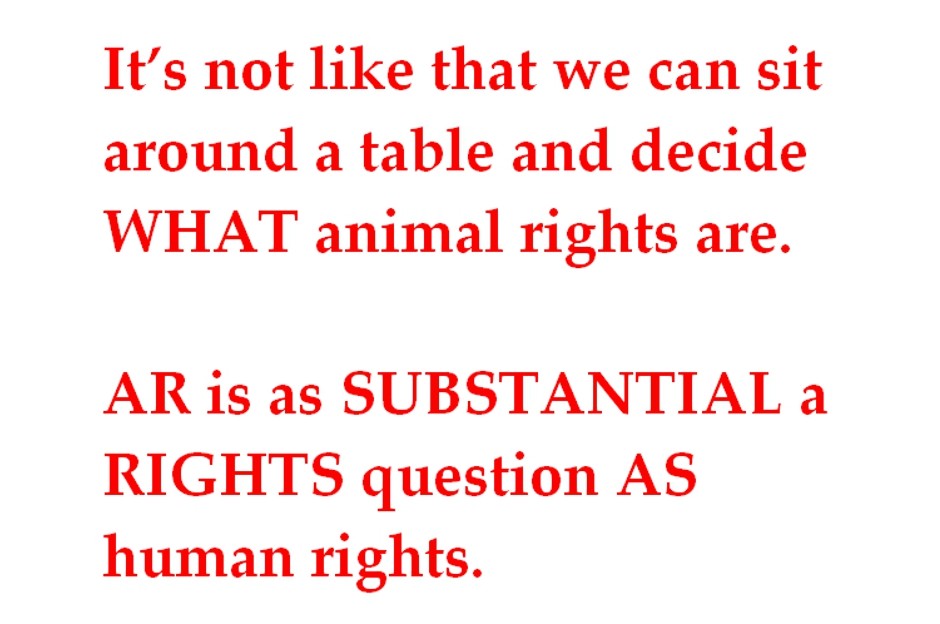 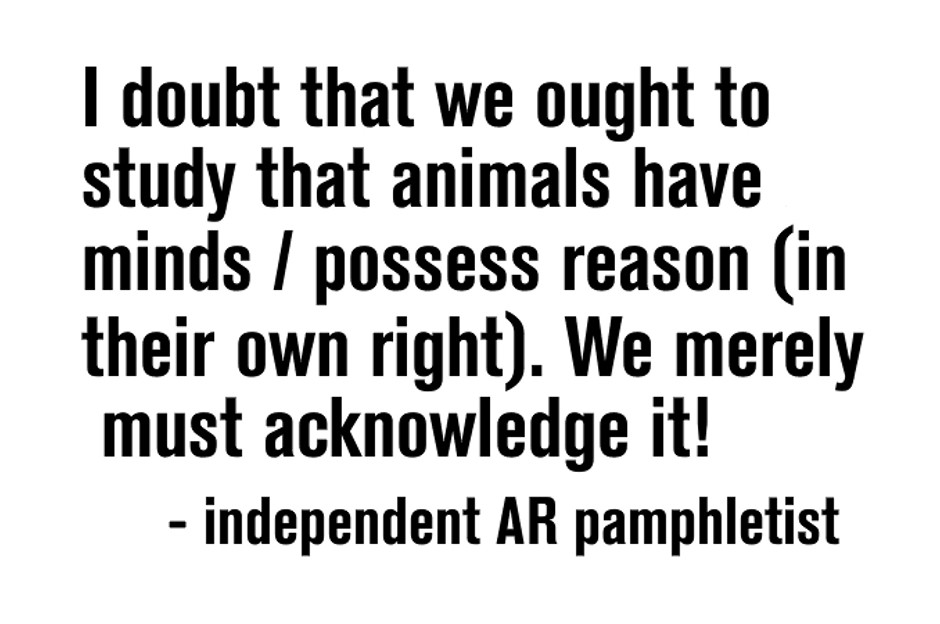 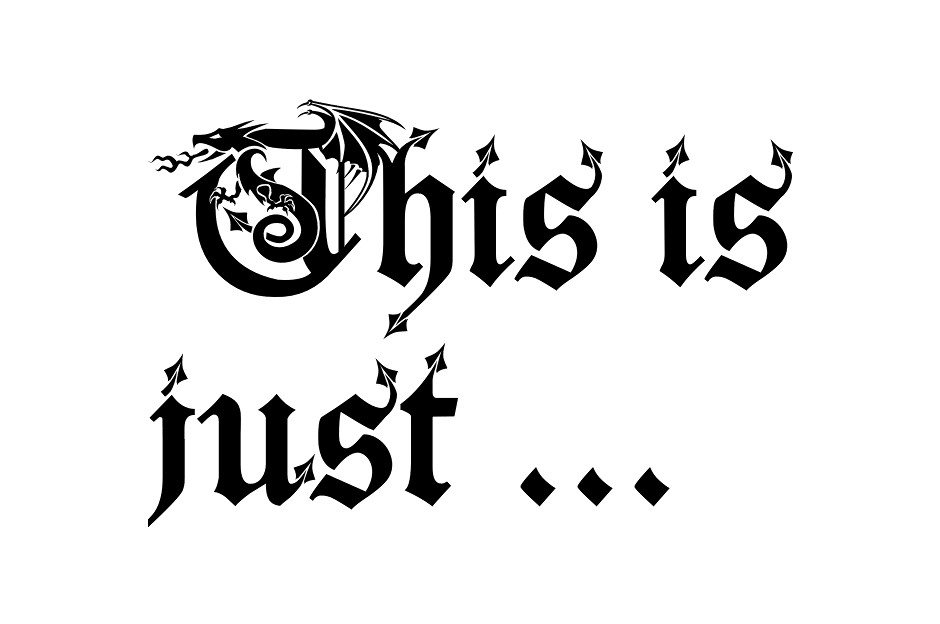 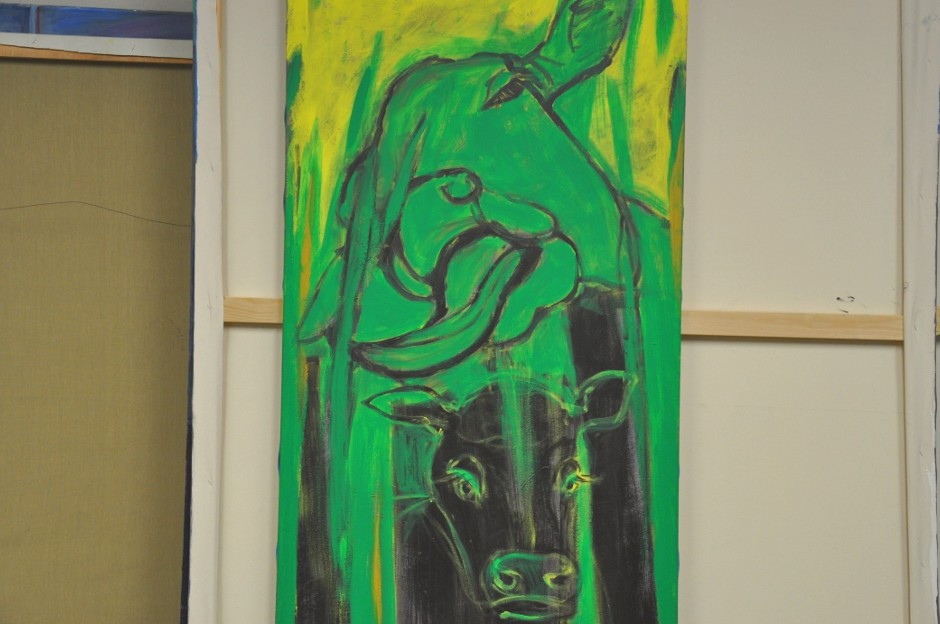 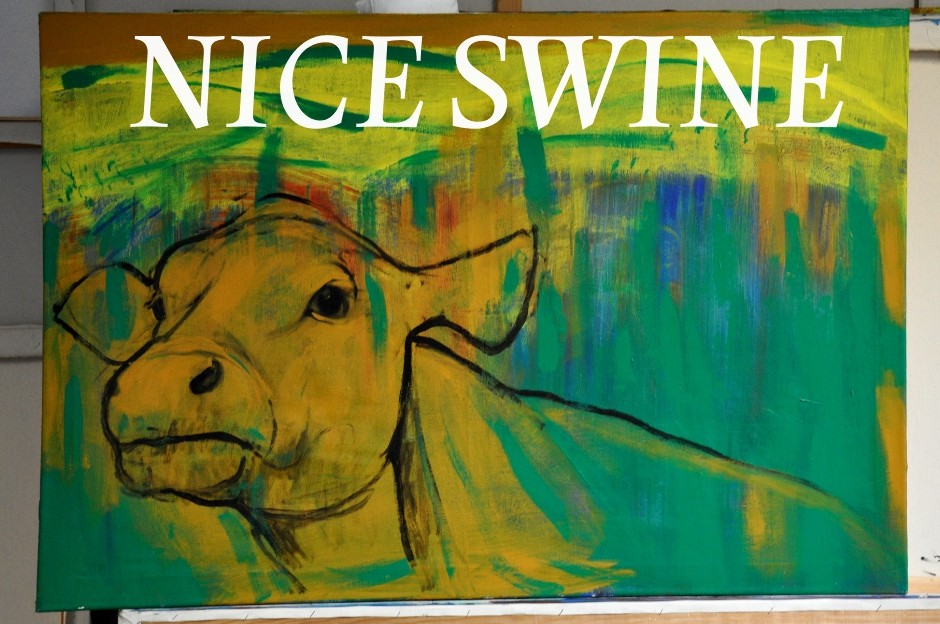