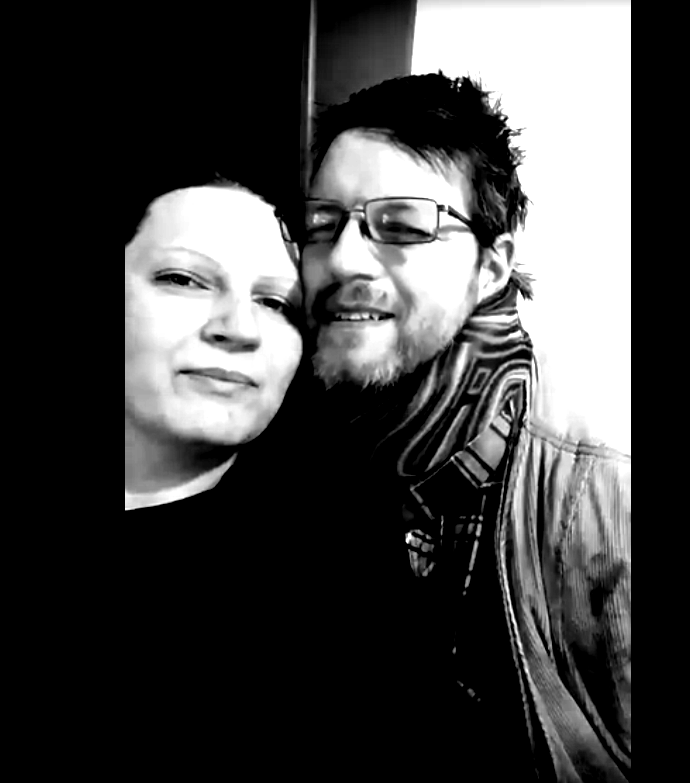 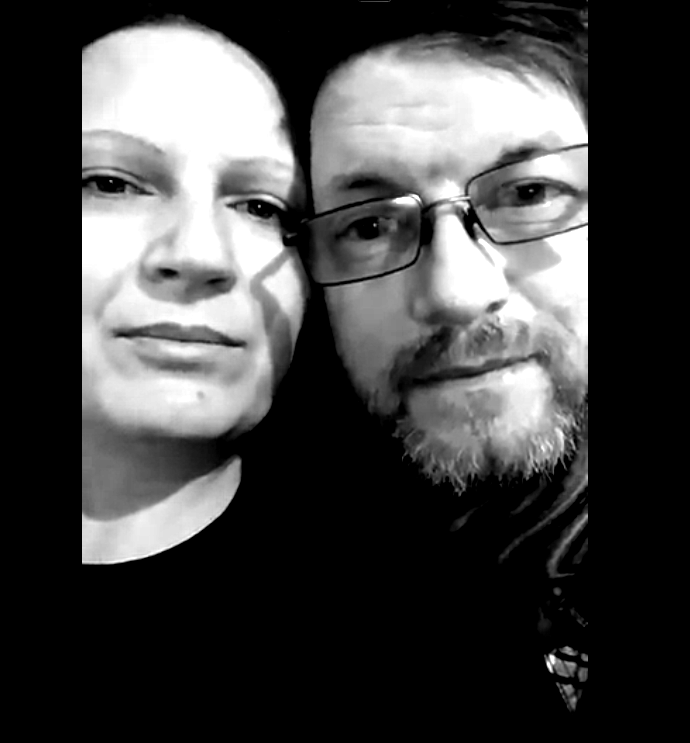 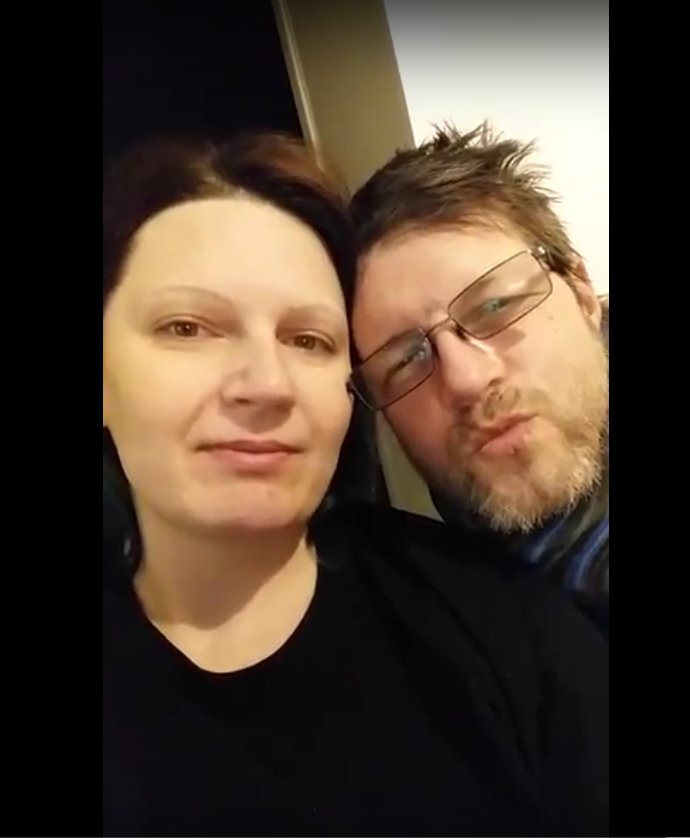 This text is a bit simple, but it’s an angle that we want to start from with, exactly because we are basically that simple …

I should write something about how we’d like to connect Mad Studies, Disability Rights and Animal Rights, I’d like to find links on that topic, but I don’t find many, or basically about that constellation none at all.

We should start our own project on this, but it’s difficult. I guess we have to try to at least say: this is also our subject, in order to show we a more than it seems. I know there are many of us out there, but again, it’s not so easy to start to talk about the things one feels, thinks and talks personally about with friends each day … and bring that into a shape that seems adaptable to the broader dialogue.

As you see I wrote this in english although we are not located in an english speaking country but in Germany. But if we write about the issue in German it will seem even more dislocated. We will eventually also talk about it in German, but I guess we first try to express our helplessness in English, because: Mad Studies is discussed wider in English, Animal Rights is discussed much more broadly on an international basis and Disability Rights is more fed also from the international / english spekaning plane.

It’s interesting how Lothar and I exprienced that friends and acquaitances of ours tended to go into either directions when they a dealing with disability issues: they either tended to close themselves up towards animal rights and environmental ethics issues or they tended to gain a greater sensitivity.

What we noticed too is that the people with disabilites in our circles of friends are usually not taken serious with their opinions and notions about animal rights and environmental issues by people who consider themselves “normal” and “able-minded/-bodied”.

The approach such friends chose had with ours in common that we all didn’t go into the standard direction of approaches, which are usually kind of technocratic, choreagraphised and lean clearly towards the natural sciences or firm religious doctrines (a bit more rare though). We all chose a very “anarchic” or “free” and soulful approach in how we are thinking about our nonhuman fellow world in contrast. Yet this is not taken serious.

It might be a cause that makes people invisible, if they don’t chose the typical and standardized approaches.

We do believe one basic thing really, that being disabled creates a higher resposibilty in how you realize the others that surround you, that are vulnerable to destructive human norms.

Sameness makes us look ridiculous. If we endorse a line that we as humans are all same and on that basis should all have an advantage of this belonging to the same group, then we are creating a basis for others to be hurt and dsicrimnated against from our side too.

These others that get discruminated against: nonhumans, they are hurt because there are not interested in being part of that human thing, that (agonstic) pattern.

We come up with ideas for other options, and we hope and dream of those.

We run a blog about “Diverse thinking, Cogntion, Dignity” about antidiscrimination, mental and cognitive disabilities in German https://simorgh.de/disablismus/

Hi! I do have to listen all kinds of – quite artistic – racist speech (and yes, in the past I also had racist slurs directed against me) … by people who broadly tend to act as if they are highly anti-racist, today. Racism simply becomes more “refined” I think. I’ve been affected by the kind of racism that notices when you are not fitting into the German/ic desired “nordic” normalcy and ideals … . When your family is tied together by Germany and Middle East, people go bonkers about your ethnicity: “How dare you not be either/or!”. And if you don’t wish to fit into Western mainstream images of being the “mixed-race” type that supposedly applies to you, then you just get blurred out of any of the accepted “ethnic” maps.

I culturally do insist on not identifying as “white” (for information about alternatives to “whiteness”, see my section on “black veganism” for instance). “Whiteness” resembles, in regards to its intra-human derogatoriness, the constituents of the German “völkische” thinking, which is a locally, nationally and ethnically limited identifier. If don’t know anything about how the notion of “völkisch” worked, and how that pattern of racism functions, then you may want to read my sister’s presentations about “race as a visual ideology” …

My current blogtivities in German:

My focus are Animal Rights. I have my own definition about what should constitute Animal Rights in ethical and in legal terms. Unfortunately I can’t spread my message, as little as you probably can spread yours. One could join in with any social clusters, but I don’t believe that this will really bring about real change.

> Activists that mention all ethical environmental and social issues except animal rights and speciesism. Sounds familiar? Let’s make these awkward exceptions a cause for criticism.
antibiologistic antispeciesist animal sociology

This painting is by Farangis G. Yegane, more about “Punk as a Search for Female Autonomy” can be found here: https://farangis.de/punk/

I’m a ‘part-time musician’. Here are a few snippets if you are interested: 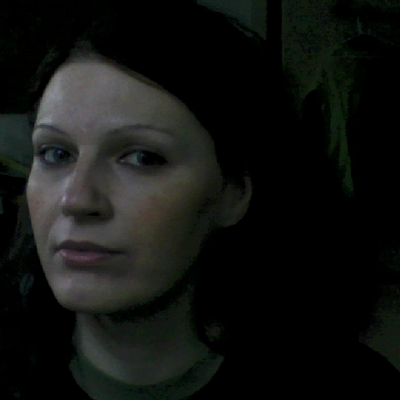 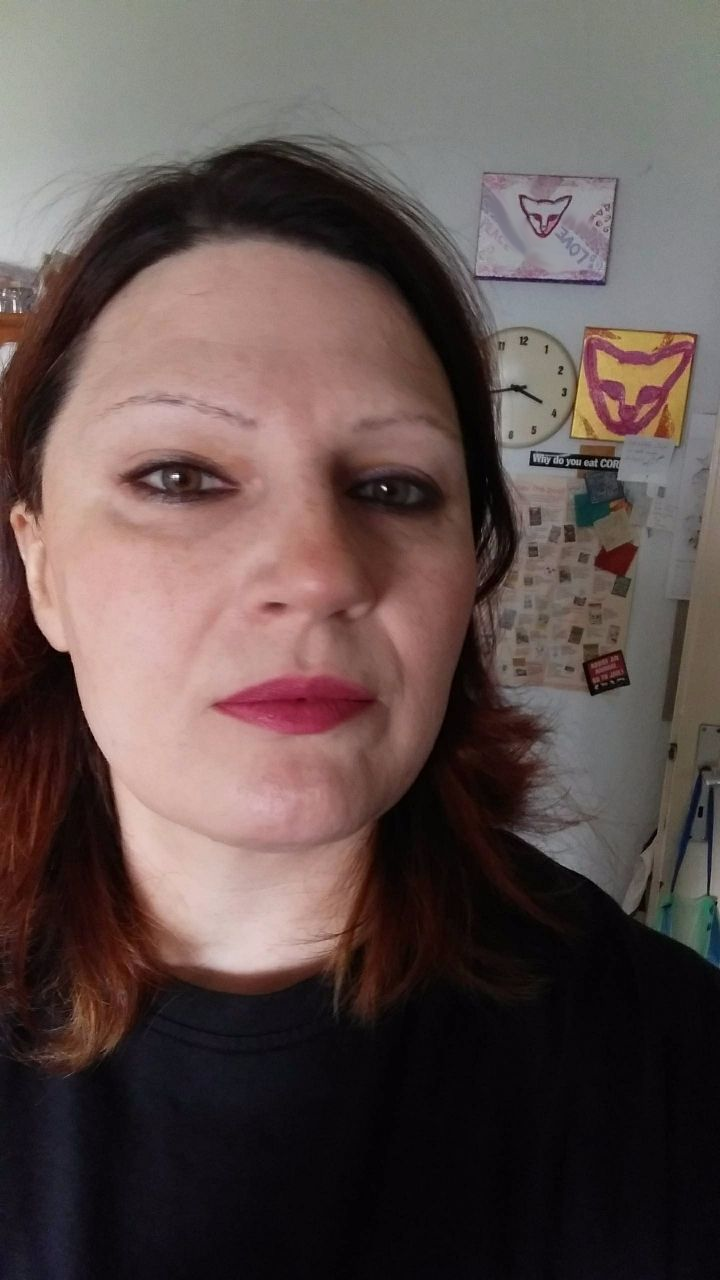