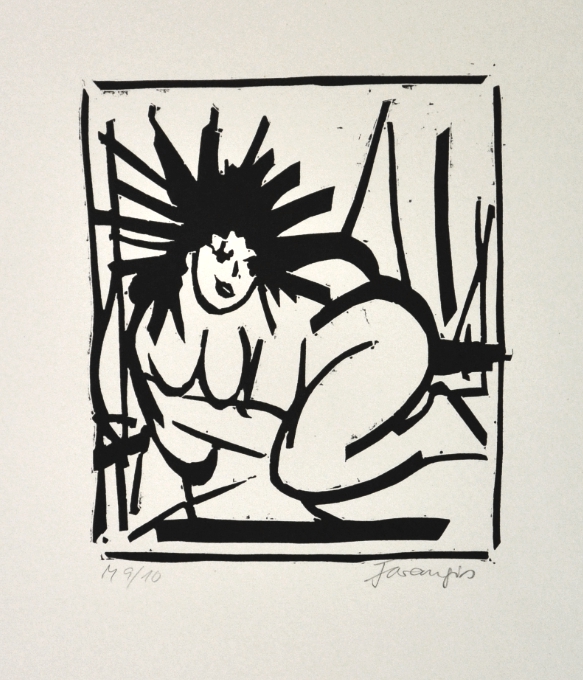 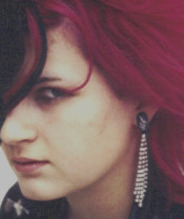 In some biografical context with our page about ‘punk as a search for female autonomy‘ and things … :

Talking about having been a punk in the early 80ies. The photo from the left is from 1983, the year when Rudimentary Peni released their album Death Church, one of the records that would most definitely influence my future.

Already at the 5th class in school I messed around with any things I could find that went into a punk-type of direction. I later figured out that any of the people I met who ran around as punks, everyone had their own kind of mosaic they set together, consisting of bands, messages, expressions and probably ideas.

The punk scene in the town I lived was basically racist or very “völkisch” – minded – they would never admit that today where people at least act more informed. There were one or two ethnic minority type of people in the “scene” here, yet in my perception they seemed to bend themselves pretty extremely in order to match into the dynamics of the “scene”.

I considered the punks in the town to be pseudo to my taste – one part of them was oriented towards the end 70ies kind of still rock-n-roll-influenced punk (the kind of music where a certain type of “maleness” was still heavily given expression), the other part were hardly into any music developments, but rather consumed what the “scene” circulated, they hung around drinking and chatting, making themselves visible in the “scene” by playing some role, going to gigs for “fun” sake to prove their authenticity. After all this was what made up the movement – the international aspect of political grassroots independent crappily played music that was exchanged/expressed/played.

Problem was we didn’t have the exciting bands coming here. So to me this meant visiting GB a lot.

The aspect of punk being a protest movement was only the looks and the bunching up in a group with some locally typical kind of group behaviour and rites amongst the punks (and later partly the “autonomous” people in the town where I lived. The autonomous scene later kind of realized that punk was about voicing socio-political issues, but they heavily stumbled over their völkische dynamics again – they still do up till today. Germany is full of cosmetic diversity, and sometimes I get the impression the ethnic mins here are comfy with it …  long issues and to complicated to fit into a random note about the early 80ies).

I met no one whom I could a.) make music together with that would contain like feminist or/and animal rights messages b.) I met no one whom I could talk critically about society with. It was a plain desert of concerted superfiliatiy in how imported subculture was translated into onw subculture, boasting group danamics, standard, partly graspable partly subtle völkischem Gehabe of urban German cold-war-times adolescence … .

So you would find the excellent records of bands such as Icons of Filth, Rudimentary Peni, Conflict, Crass, The Apostles, Flux of Pink Indians, Exit-Stance, Subhumans to name a few in some record shop/s downtown and in Berlin for example, or you could get infos/tapes from people abroad who’d potentially focus differently in their choices (of what they considered recommendable), yet the punk movement in the town where I lived as a youth was like … insert anything mentally nauseating.

No wonder Germany is the only place where punk was to become the fame room for soccer-type groaling virility in music – harcore riffs turned völkisch progressiv, markedly anti-racist, in case one doesn’t sense that right away. The point that hardcore makes it to the maistream here is the interesting fact that needs to be analyzed.

To sum my sentiment about my practiced youth culture up I notice there are two main sides to it. One is the experiences I made locally in Germany.

I figure most white people here who identify as Germans likes clear lines, clear groups, clear identities you belong to, no threatening of demarkation lines. You have s box, for instance for “hardcore”, and if a track is designated and fitting the box, fine, it is what it is then, but the hidden lines, the subtleties, the more complex realities are blurred out and have no accepted space here. It’s a play with labels, fitted with content that may undermine the ideas that underlied the evolvelent of an imported lable.

A random personal top ten in punk and hardcore or some songs I would recoomend to the people I met in the past – to understand why I still think they are very very pseudo with the selection of their bands/messages/political outlooks:

Burnt Cross ‘look into their eyes’

Bad Brains – Give thanks and praise_jah love

The Ex A Sense Of Tumour –

Now that I grew old I felt I once needed to die my hair again. Here a grumpy pic, I am there together with my hubby Lothar, below more friendly looking (after bleaching I lost a lot of hair, unfortunately, well). 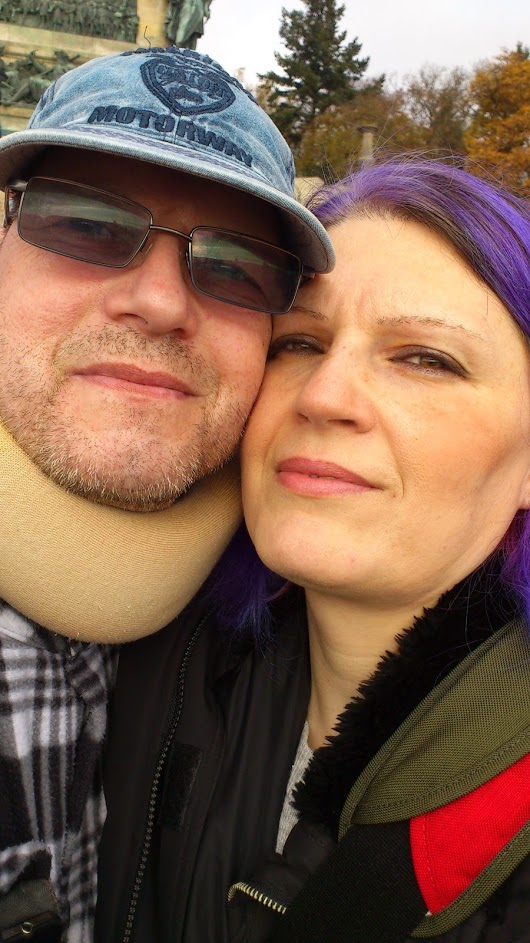 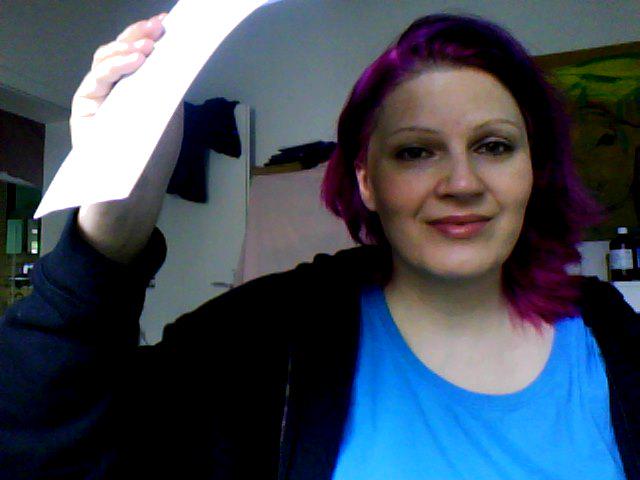 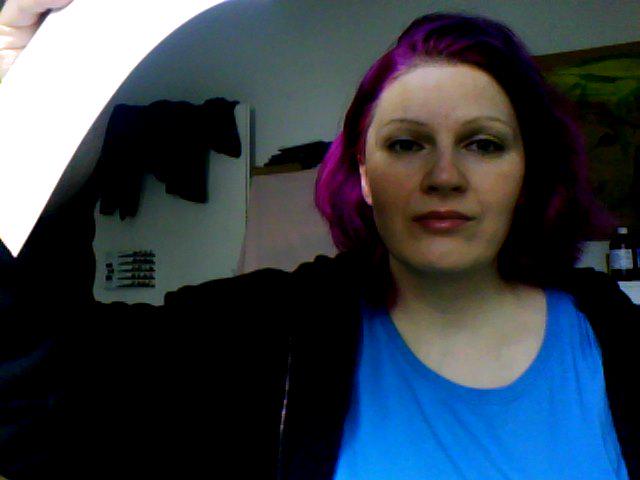 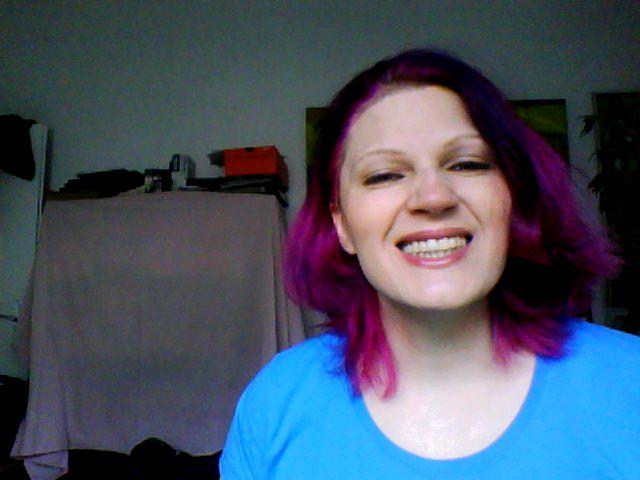 Amazing, these reseachers assumed that I am turkish and noticed my articles about neo-veganism. 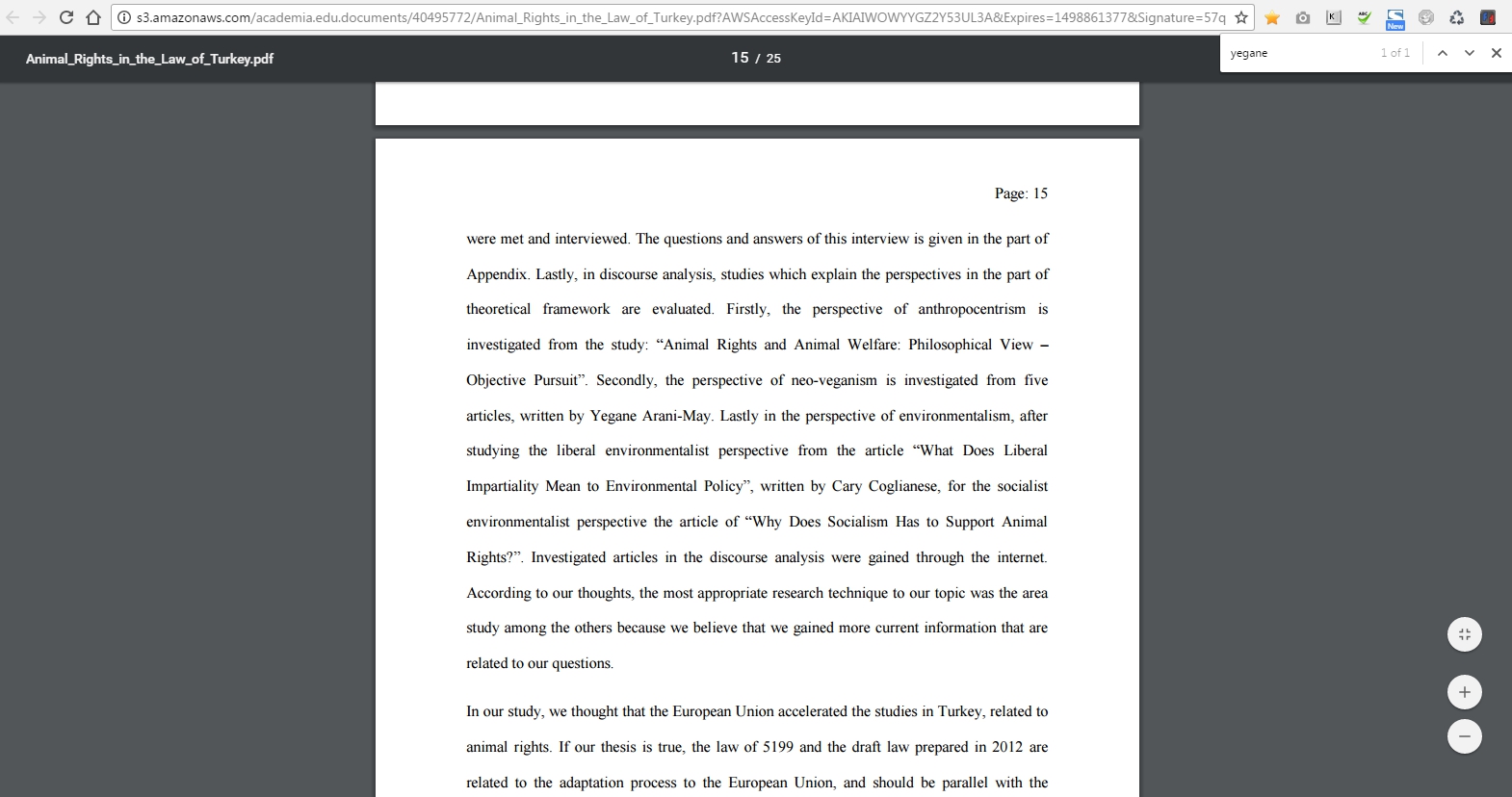