Feminism and Animal Rights, the one way or the other …

All Animal Rights issues need an own valid terminology and frame of reference, otherwise we blur the lines … .

The analogy of sexism and speciesism

It’s wrong to presuppose that speciesism is something that is more prevalent in men compared to women.

Both points should be expanded upon in detail of course. (I do hope I can do that to a later date.)

These types of close analogies in the field of -isms and abuse work in a valid way when we look at the psychology of the “perpetrator” who seeks to create a victim: the aspect of exerted violence share many similarities, whereas however on the side of the victimized we have to see the contexts: political, enviro-political, historical, sociological, … a group or an individual gets picked as a victim for reasons, and those exact reasons need to be analyzed under own terms, and not be conflated. 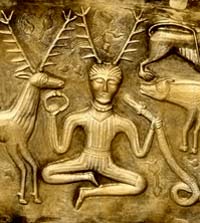 One Response to Feminism and Animal Rights, the one way or the other …