From hell to hell

The slaughterhouse, the „animal farm“, the places of „breeding“, the „animal industries“ are the most atrocious attempts to establish the illusion-of-a-fact, that Man (the human species) is the one who can decide about “heaven” and “hell”, and animals can, without impunity, be condemned by him/her to be to be born, to live and to die in hell – to go through hell. Humans have decided that the animal is predestined to not ever be able to ever escape the Man-given fate, brought about by the defamation and by the homoncestrist philosophy and practice that rules the acts and the thinking in his/her society.

On this basis an artificially established sense of a fake “heaven” can be equally aroused and set up by creating enclaves of “rights shareholders”, a contractualist construction and plotting, to which all humans theoretically belong, on the scale of being more of a “master” or more of a “slave”.

We all are except from the man made hell, and we all destined this not-place to be the place for animal life.

We think, we plot, therefore we CAN be the unpunished culprits, we think … .

What lets you escape the plot of man-made hell, is to understand and to set forth that A BEING IS, AND THEREFORE HE/SHE/IT THINKS, AND THERE FOR YOU THINK because you bond with the worldly phenomenons. The plotters consider such a perspective as invalid, and under his/her terms as “un-objective” – within the frame of reference his thinking allows him the draw. With this perspective onto our shared world, we would indiscriminately share this type of a “thinking” with everything/everyone that/who just IS.

We set up a demarcation line, cemented by that “hell” we create on all scales everywhere where the not-human space IS.

It’s a massmurder on the biological argument.

Another concept of a hell

I reckon that the real hell, that I think humans tried to combat as an idea, by establishing their own game’s rules, the real hell is the consciousness that creates an inner pain in the soul when one knows that one does injustice to others.

The artificial hell of unfair judgement i.e. injustice, destroys the logic of responsibility, respect and love, and it punishes the good and “protects” the wrongdoers or rather evildoers.

The question remains: where our conscience will take us to: to heaven or to hell, within our own thinking.

From hell to hell – I am. And therefore I think.

The animalesque features of the devil show how much at absurdity our humanity lies with itself, when it comes to who is the evil and who receives the evil.

This is a fragment. I have written a longer and more “prosaic” or structured (or less poetical) essay about how an assumed “human good” seeks to establish itself towards an unjustly attributed “animal(-esque) evil”. I hope I get around translating that text sometime soon. For those of you who can read German, here is the link: http://www.simorgh.de/own_public/pl_vom_guten_menschen.pdf 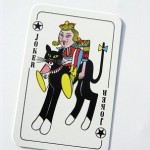 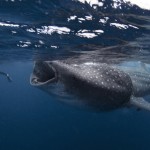 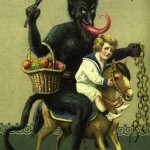 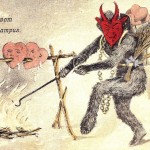 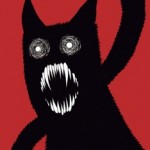 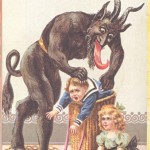 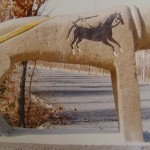 One Response to From hell to hell