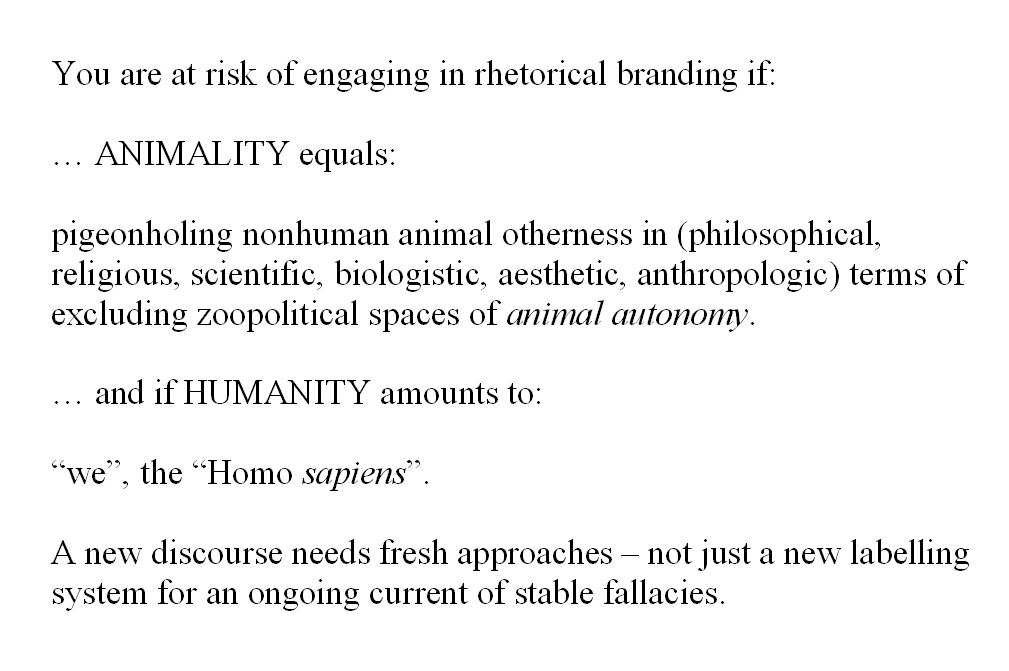 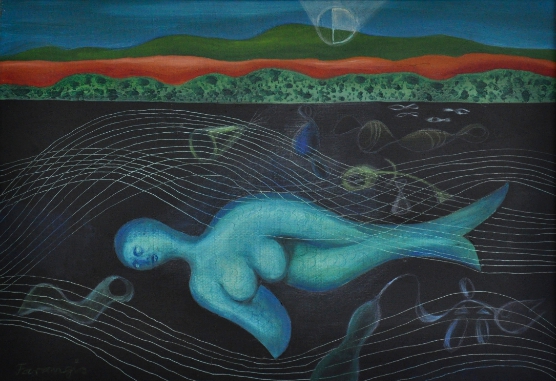 A.) Elitism in the vegan movement

B.) Eliminating animal death is one thing, but as far as our inner conflicts as a human society are concerned (capitalism, socialism questions) we should first think about our GREED (as a trait and character deformity that counts as normal today) before we put the discardment of animal products alongside on the shelf with some of the symptoms of intra-human social injustice.

EVIRONMENTAL DESTRUCTION is the disastrous link between the misery we impose upon nonhuman animals and our societal and individual self-definitions as the human group.

There is morally no way round to primarily address animal issues alongside an aim of a new ‘enlightenment’ that progresses but also alters term of ‘human’ (animal!) freedom. Since animals are our co-beings that we draw into the total catastrophe without any ethical legitimization whatsoever, animal rights will redefine much of our cultural self understanding/s.

We have to stop leading our personal lives and our collective goals so, that we keep on with the exploitation and the destruction of the free natural space that is originally and rightly the animal habitat! Separating the notion of an intact animal habitat (nature) from our rights-self-definition would throw us back into a heavily anthropocentrist thinking.

We should really rethink how we as humans act, on every scale! What we likely consider to be NORMAL, is likely in reality homocentrist/anthropocentrist selfishness and destructivity. When we step out of this “NORMALITY” and lead an UNNORMAL way of life, we don’t even accept that we might be doing the only thing that will open our sight, since we got so used to the narrowmindedness of ‘being human’ and not our (very individual and perhaps in this world lonely) selves. We need to have courage – again, and again and again. Against all “odds”!

And I have to note: Elitism in the vegan and animal advocacy movement … In one sentence, I don’t think elitism helps on the long run with a liberation movement.

Speciesism and homocentrism are the external manifestations of patterns in thinking that deny animal intelligence, and instead overvalue human intelligence. Humans are mostly behaving contractualist, unpredictable, unreliable, unfair, … and the list could go on in pretty negative terms. I wonder why that is the case, and I think it does not have to be that way.

I think it is possible for a human to be ‘animal intelligent’, to be non-contractualist, predictable, fair, tolerant, loving, … and that list could go on in positive terms. From my experiences with animals I learned about the possibility of ‘animal intelligence’:  The animals I have lived with truly were my best friends.

I think for a person who is truly nonspeciesistic in his/her thoughts and critical about homocentrism  it should be technically possible to really make the shift and start to become a better individual than what humans have per definition been so far, and even prided themselves with.

The time of human intelligence is over for me.

I am glad I defend animal rights from a standpoint of true ‘animal independence’ (of any human paradigm: biology, ethology, philosophy, religion … ).

The border around the castle ‘HUMAN’ is the one of scientifical categorizing. Within the castle we claim to be ‘complete’.

BIOLOGICAL HIERARCHISM ALWAYS PUTS HUMAN ‘OBJECTIVITY’ ON TOP OF WHAT IT DENIES THE OTHER SPEICIES: THAT IS ON TOP OF ANIMALS’ OBJECTIVITY

How can absolute objectivity be captured? With which parameters to measure against? Humans’ objectivity claim relies on subjective interests.

Ethical behaviour is one of the components taken out of the frame of an allround objectivity.

Animals get denied for their actions to be viewed as not insinctual.

Subsequently the VALUES of behaviour get ruled out from being within the ethcial scale of social actions between the species, etc.

A term such as ‘ethical’ desribes something that is existent, it’s not an idea in itself – otherwise it would not exist in the correlations… 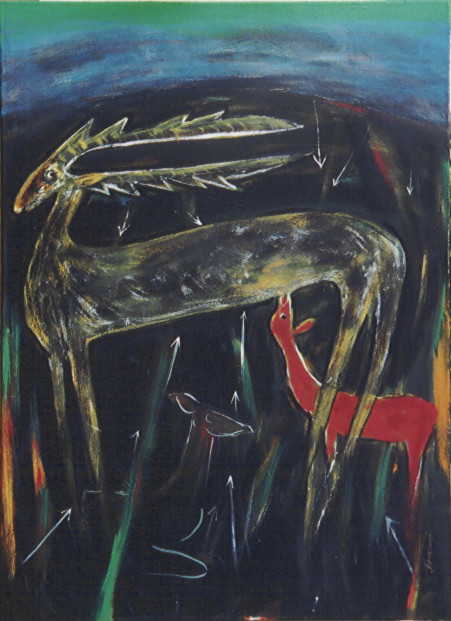 Not that I’d assume there is an obvious form of a “good” and a “bad” that is equally visible to everybody at every given time, but an unobvious form of these phenomena exists.

If you have an enemy, try not to face him directly – he may not even recognize you.

You can win the heart of a potential friend over by: being generally considerate towards the concerns that binds the pain and joy of all hearts together.

Private matters = how the person relates with her “I” (self-conception) to the world.

Not ease, but comfortability in wisdom.

Why we eat “farm animals”, and why we let our “pets” be mass euthanized?

Why do we think we are animal lovers, when we don’t take the sides of nonhuman animals consistently?

An Animal Rights revolution, acknowledging a new open view onto the animal kingdom or sticking with the biologistic instinct paradigm.

Why we think “infighting” is bad, when it’s only part of any democratic process?

The recent “infighting” debate between proponents of the “welfarist” and the “abolitionist” view (and the shades of gray inbetween them) shows us just how important allowing pluralist views is for the debate and the practice in our shared goal to help, support, rescue, defend … nonhuman animals .

Yet also we can see how important it is to separate between: priorities for advancing causes and (what I’d call) agenda talk.

Both sides see themselves as being more realistic about the right way in which to approach the general public. Since tragically the general public are still more or less analphabetic as what regards any consciousness of how to bring our animal cospecies constructively (in a life-affirming way) into the political arena of a democracy in crisis ( – the state we are obviously in – but this is a chance, when we take a deep look at the causes for the democratic crisis!).

Animal welfare and animal rights will have to merge into a concept, I believe, that should be wider than an exclusionary sum. The main points to rethink are, I think:

A stronger differentiation in the argumentation is needed often. For instance: what are the goals of welfare? I don’t want to sound funny, but do you still remember the axioms of the set theory? Where do both sides meet, on which grounds, and where do they totally exclude each other … ?

Realistically, how much is “strategy” and how much is “justice” in welfarism: It might be strategically mostly the main option to work on phasing out the speciesist realities and atrocities, but it’s not just. So we got both aspects at one instance, the aspect of being only “strategic”, the slow progress of welfarism – if it has the goal of eliminating speciesism in the end, and the “just” way of abolishing the enslavement of nonhuman animals for human purposes overall, at the other hand.

Political strategies in the animal rights and the animal welfare movement should be explained, rather than to draw nice images of either the future (abolitionist tendency somehow) or the present (welfarist claims of success where the goal is forgotten over that): why do we deal with nonvegans and non animal advocates the way we do, why do we talk to them the way we talk to them, how do we see the public as so hard to approach on a more honest and critical level?

We do have to have infights, indirectly and partly, cos of our wrangle about the right tone to meet the “general public” … maybe

Why can’t we talk openly towards each other and the other people in society?

Finally: If we would discuss everything more critical and to a deeper level, we would be able to dig our way through ages of history in which we have learned and maybe wanted to distance ourselves from animals and nature. 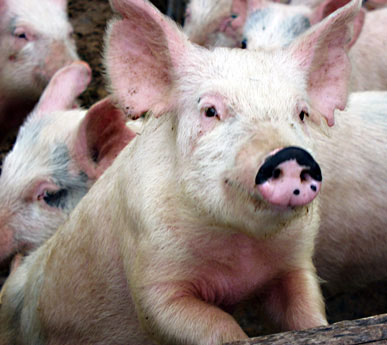 Power:
Brutal people think they rule – but they only rule themselves.

What exactly is speciesism:
That they are traumatizing pigs as a token species of animals, proves on the backside the “symbolical” impact and power animal culture has on homocentrism.

Constructive relations:
Revolutions need to happen, even within families.

To be a new start:
If only one person switches sides, everything turns upside down > the nature of a homocentric balance!

The narrow masses:
Now matter how many people know you, the world of human societies is so small.

Change!
The flaw of money expresses itself with that what people do with money. “ … So much money and they can’t think of anything better to do with it?” 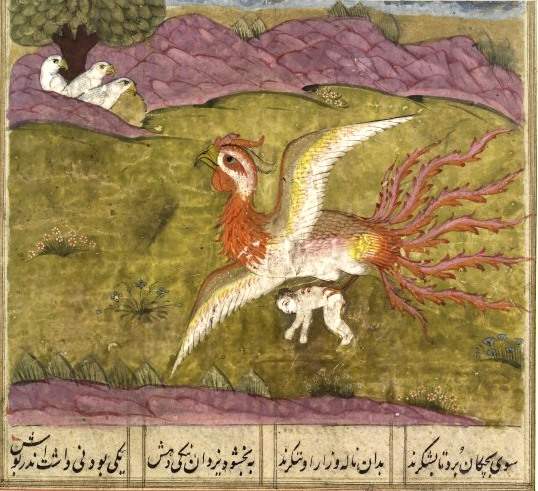 Every individual has the right to hold her or his own views.

No philosophical school can propose me their argumentation as valid IF it asks me to see nonhuman animals other than I see them now as an Animal Rights person.

Philosophy should stay out of attributing different “life forms” with their labels of value or meaning.

is not something
that’s FELT from a higher position up

you feel her/his pain, because you
understand
You KNOW their pain.

when I feel sorrow for somebody I can’t understand, then my understanding might stay on the level of only feeling pity for somebody who suffers an injustice or fate that I wouldn’t want to suffer. I stay distanced to him or her.

when I feel the PANGS of compassionate feelings, that only those kinds of feelings can produce, then an understanding must have preceded this emotional response in me. 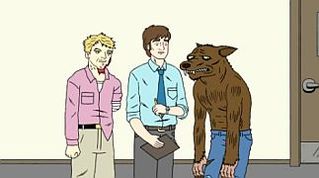 the political ramifications of:

what I say, whereever I happen to be
what I do where I am
how i decide, and how I come to a decision
how I influence my environment posivitely

You say that only politcal parties are political?
I say:

whatever you do, and whatever I do
has political ramifications
on the grassroots level
no matter what

It depends on what you consider “political” to be.

The plane in life of deeds and words is a large and impactful one.