The grave site of Martin Eduard Staudinger, German Animal Rights advocate and anti-vivisectionist. His grave is on the Hauptfriedhof in Frankfurt am Main, Germany. He shares a grave site with his grandmother Dorothea Staudinger geb. Behrends.

On a memorial site for the people who lie resting on the Hauptfriedhof his grave is mentioned as:
“146 Grabmal für Martin Eduard Staudinger (1842-1910), Kämpfer gegen die Vivisektion, Gewann C 59” (http://www.bomas.de/buecher/brauchitsch-frankfurt.htm , accessed on the 16.08.12)

The inscription on his tombstone reads:’Im unermüdlichen Kampfe gegen die Vivisektion und für die Rechte der Tiere’ = In the untiresome fight against vivisection and for the rights of animals. (http://ar-civet-cat.blogspot.de/2010/07/martin-eduard-staudinger-1842-1910.html) 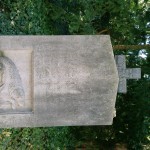 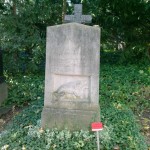 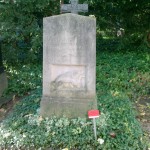 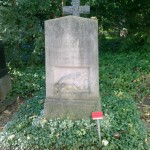 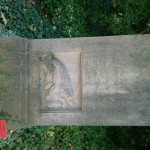 People that pretend not to know what speciesism is, and how to deal with them?

Honestly I don’t know yet, I am still trying to find ways … . Have you encountered that problem too: you make a somewhat halfwitted and half-conscious speciesist aware about the fact that you disagree with them making speciesist remarks (when you are around or not directly around on social networks maybe. People like to do it more so when an AR person is somewhere close by, so that a direct verbal argument can start, or so that they can try to ridicule your stance face to face and in public)?

Telling someone that you are against speciesism can be dealt with by a speciesist with a form of denial as a “response”, in which the person just assumes not to know what you’re talking about. Partly anybody is aware of speciesism, partly not. A speciesist is likely (at least in these days still) not fully aware of this -ism that humans direct against the nonhuman animal world (that is, speciesism!). A person might be aware about the conscious degradation of nonhuman animals, but might not consider that as a form of oppression that he or she should take politically serious in a considerate form. So we deal with an ethical blindness in many speciesists.

So how can one address them?

Overall it can be reasonable in the most cases to go ahead and still tell someone what you roughly think about the human-nonhuman relation in our societies in general. On the other hand, when you feel that informing that person won’t lead to any useful effect for the cause, you can just try to ignore their ignorance (!) and just “stand for what you stand” – let them know you are a vegan anti-speciesist, but not argue with them -, because your stance (in thought an action) will have all kinds of effects on your environment anyway.

I’m trying both these approaches anyway.