Hunting seems to be “fashionable” for a lot of people, no matter if they tend towards the left or the right. We do have animal rights as a political issue up in the discussion in our society now, still this concern is not being embraced by any political fraction.

Does that indicate that where there is no interest in animal liberation, there in reality is also no real interest in a human liberation? Liberation from what you might ask. Well, from everything that is ethically questionable when we put ourselves in contexts with our environments, ie with nature and humans, context-wise.

However, what we do, is that we prefer to keep ourselves and the others sidetracked with an old fashioned style political demagoguism, garnished with real hardcore speciesism. We get subtle and very obvious forms of most of the socially ruinous -isms, for example, which overlay the catastrophic tragedy of our destruction of the nonhuman animal world and the natural environment, and which overlay the fact and that who don’t care at all about the natural world: morally!

We all share a common interest, it is assumed, in exploiting and degrading the world. And politics is little but a game of backgammon where you can just dice yours rounds. Nothing is gonna happen to us as “the people” statuswise. The moral circle shall always just include us (an assumption which is a philosophical fallacy) and we locked nature out.

I plan to talk about my concept of nature later.

In all the bad ways, the political merry-go-rounds of left and right that leave animal rights (AR) and environmental concerns out, are keep going back and forth on intrahuman concerns, conflict-mongering, and we can keep reassuring ourselves that everything apart from us doesn’t count … 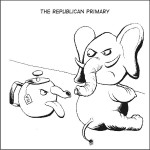 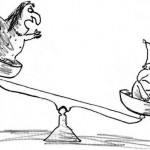 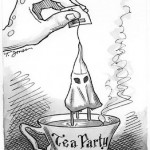