You get either those one who prioritize their self-concern by talking endlessly about health and yummy food  – instead of giving one basic useful info about how you can be creative eating and cooking with a staple diet consisting of fruit veggies and herbs and spices and legumes and grains.
Or, you get those ones who prioritize their self-concern by talking endlessly about why human rights really matter more that animal rights, and why we can’t expect people to change their “food choices” who live in hard contexts – instead of talking about where vegetarianism really came from: namely from cultures and peoples all over the world and history, who chose ethical and resposible diets.
Both types are mostly interested in how they can make their careers with veganism and get their money. In reality they see veganism as some political (hopefully) social fashion. Which it is though.

To sum it up: the plant based diet and the animal rights driven ethics of people create two major strands of opportunists currently, who put their homocenstist outlook for us as a nonplus ultra of veganism.

I don’t want to try to trash some people’s positive intents, I just think that an eagerness for one’s own “survival” grounded on using a morally and ethically weighty subject, will inevitably cause conflicts between the requirements of the subject dealt with, and the needs of steps that I ought to take in order to “reach something” (money, fame, and such) in the types of societies we live in today. 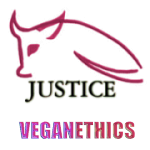