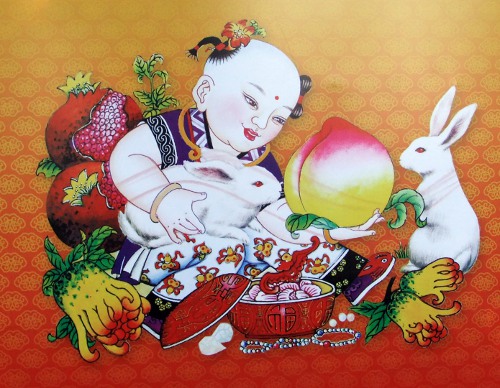 Buddhism is against direct violence, or probably any form of violence in it’s last consequence. Yet still you can consume meat on your path to enlightenment. But I do ask myself: Is live about enlightenment or about justice? A justice that you can possibly implement here, in this live, “unenlightened”, on earth?

Buddhism is against animal sacrifices, and this is noble and a necessary standpoint for any reasonable person, quite independent of their philosophical background. However, if you accept “meat”, which is of course flesh, as a food, you indirectly accept nonhuman animals to be sacrificed for food.

To deny that the basic view of nonhuman animals as a potential source of food – even if indirectly delivered or obtained – is factually linked to an ethical view on life which allows itself to declare someone else as chattel. This is a form of a philosophical acceptance of homocentrism / humancenteredness.

For animals to be just helped for reasons of compassion, is basically another way of belittling them and of furthering a humancentred type of religious outlook upon earth in its realistic (and secular) value (where the factual life counts – itself). You wouldn’t consider human rights questions as a matter of “sole” compassion, but as a matter of day to day politics, or otherwise maybe one could also say: as a matter of a philosophical outlook that might take you to some form of “enlightenment”.

Anyway, of the many thousands of sources, I picked some I guess good and handy wiki references for Buddhism and the nonhuman animals relation IN PRACTICE:

Via the Schnews issue 776 I came across this campaign site : http://www.pigbusiness.co.uk directed against the construction of a huge death farm where swine will be held to be abused and killed. The Schnews highlights that the: “Environmental and animal rights abuses notwithstanding, the introduction of intensive mega-farms in the UK is also a dark economic path.” Now this is where the campaign site comes in, they want to protect the smaller farmers interests, the interest of the people living round that area, in the countryside for environmental reasons – which are a big cause of concern also for wildlife. BUT the interest of the meat eater sets it too, he or she obviously also needs protection in his or her “rights” to be omnivore.

On the top right hand on that page you can see on “pigbusiness” an small image or label showing the  scheme of a sausage and a fork, and a text written over it saying: “not in my bangers”. Bangers is some word for sausage in England.

This is where their own argumentation is really going ad absurdum: on one hand they feel their right needs to be pretected as far as their environmental, economic and culinarly interests are concerned, on the other hand they want a banger. They obviously are not able to ask people to eat plant based foods. Well what do they think where the flesh will come from that they want to stuff their faces with? Any so called “farm” that keeps nonhuman animals to abuse (exploit) and kill them, is part of the meat industry, is part of a speciesist society, and is part of a homocentrist ideological frame of mind. How can you be against what you really do promote? To be more conclusive they would have to promote a zero population growth, wind the historical clocks back a few hundred years (especially also to prevent the USA from coming onto the map) and forbid China and the rest of the emerging superpower huge population nations to do the same they do … .

No, but they can’t ask anybody to go veg. The Moomin would deeply sigh. 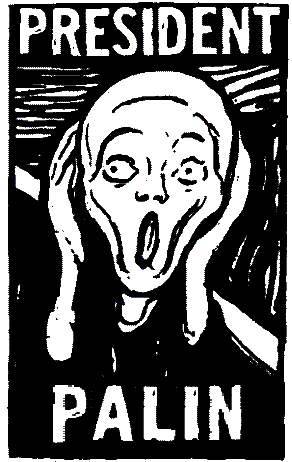 President Palin. Whichever republican COULD be a next President, if Obama doesn’t get relected (which I hope WON’t happen, I mean he should stay a second term, of course!) – it will be a catasprophe. The Republicans destroy the possibility of a progress in the american democratic system, because they rule any financing of social buffers out as being something “socialist” and “too much government” and too little free enterprise.

What we saw in Wisconsin shows the huge gap between how democracy is understood by by progressives contra the the ultra conservative. A Western country in which unions get their mouth shut up! 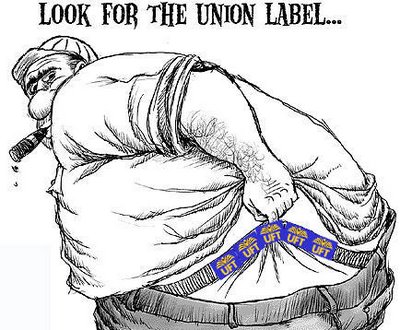 The country is being sold out by business people, the big banks, the money holders, shareholders in the name of preventing socialism, acting as if s continuous growth in consumerism could save our political stabilities in the West.

The fact that the environment is devoured by the consumers greed doesn’t seem to enter many people’s minds. Not the buyers of crap. Not the ones who make money from crap.