I recently came across a campaign movie clip made by an Austrian vegan and anti-speciesist group called http://united-creatures.com/ . They said they wanted to show the live of two sibling pigs, one who lives more or less freely and more or less free from harm – as far as one could tell, and one who had to stay in the farm and he is eventually being killed there. The group United Creatures documents everything, for the purpose of making people aware and educating people about speciesism : http://united-creatures.com/thema/pig-vision/ .

They say they would not want to show gory pictures that would have a shock effect on the viewer. Still, It’s just what they are doing, and the entire project is set up so that you have some animal rights activists who are to a large extent passively, and one could say voyeuristically, only following a situation to document it for “educational purposes” … instead of buying the other animal out too.

A life becomes the subject of being a means to an end, for the purposes of informing the public about what goes on behind the walls of farms and slaughterhouses. Society already knows what goes on behind these walls. The community of animal advocates is resistant towards this fact and doesn’t seem to recognize how speciesism works.

Either that, or the AR community (with it’s big leading organizations who frame the dialectic) wants to keep imagining that we are all still living back in the 80ies where it only started yet that documentations about slaughterhouses were made more widely public.  Nonetheless even at that time speciesism had it’s own ways of communicating its defamatory language about how to best degrade nonhuman animals in our homocentric societies.

Animal activists such as the group ‘United Creatures’ must have met conscious speciesism also in the mindset of hunters, butcher shops, barbecue freaks, leather fetishists, snuff videos, speciesist “jokes”, anti ar+vegan comments on the internet … and what have you. Still, activists pretend nobody knows about the atrocities that are being done to animals, so we should keep showing how animals are being murdered – for the purpose of printing yet another pamphlet.

A nonhuman animal is not a means to an end. Animal rights activist should sense that there is a threshold, and it’s bad enough that theiy themselves keep crossing a line that they should be aware of: the line of objectification that has long been wiped out by our speciesist societies.

Instead of showing over and over again how animals are being degraded and murdered, for educational or documentary purposes, animal activists should make the mechanisms of speciesism more aware I believe, and what speciesism exactly is, how is psychologically and ideologically works. 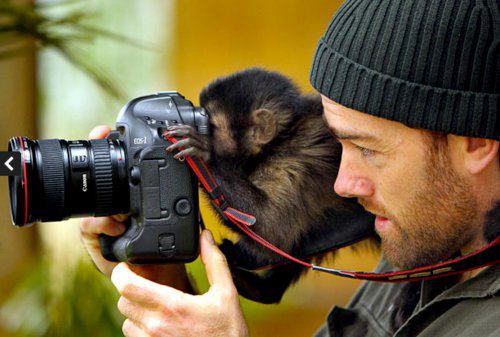