Taking the jump from being society as we have it, to becoming responsible individuals that are taking account for their actions and inactions.

I recently came across a discussion about using means of ‚violence’ for ends that would help bring about a reality in favour of Animal Rights. As in this discussion, which was on the blog of Prof MacWilliams (http://james-mcwilliams.com/?p=2788), the arguments normally go round the pro’s and contra’s, the benefits and drawbacks of using tactics such as the Animal Liberation Front in particular employs.

As I have argued in my fragment about the validity or non-validity of the genocide / animalcide comparison (http://www.simorgh.de/own_public/the_destructive_force.pdf), we cannot compare the political motives (which employ e.g racism, sexism, homophobia or speciesism / homocentrism) that are at play in the different occurring forms where extreme forms of violent oppression of a “group” (what I mean here with “group” is an entity of living sentient beings, human or animal) is being committed by a powerful human group.

So first of all I’d like to point out that there are other forces of discrimination and technique that we face when confronted with the atrocities of speciesism. And in that sense we cannot compare any human liberation movement with the similarly ethically valid strife of animal liberation.

What is required and what is the best thing to do in AR may vary from legal actions that have to be pressed through when possible, whether they find a support of a majority in a democracy or not, to on the other hand rescue activities that must be equally importantly carried out where possible, whether accepted by all and everyone or not.

To fear a backlash because AR is not intelligible to the majority now would be to give in to the dialectics of speciesism, which exactly employs the fact that animals will always be an “outside concern” and AR not comparable to HR, which is an “immediate concern”.

AR can only become an anchor point of ethics for exactly being that altruist concern that is outside of the human self interest. And the lesson from AR will be, that even if it’s not the business of humanity (as it seems to tick), animal ethics will be the parameter along which new ethics of a new human society will have to measure its imperative morality against.

To sum that up, Animal Liberation tactics are life saving efforts. It doesn’t matter if people like AR people not. (I also don’t like AR groups mostly but I understand that I have to help a nonhuman animal by all means when and where I possibly can.) The question is not, does it damage our reputation in the long run if we help nonhuman animals, but do we have to help the individual where we can. Recognizing the value of the individual life is what Animal Liberation is all about. Speciesism only sees the species. Anti-Speciesism implies an equal recognition of the soul, the spirit, the physical temple, the integrity and the “sacredness of a life” of any single nonhuman animal. 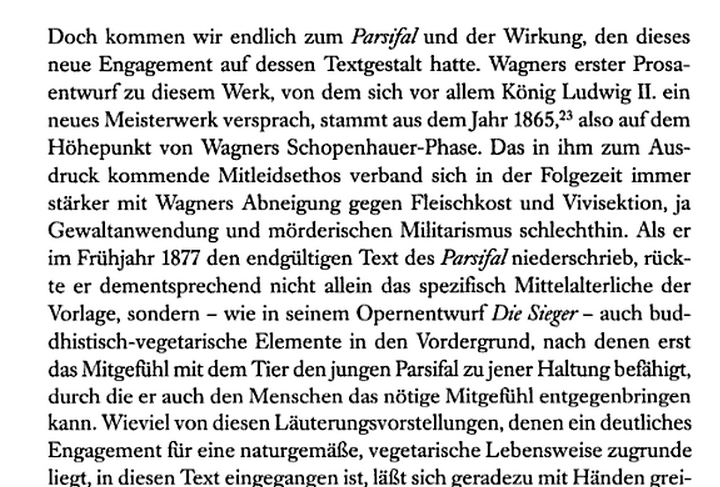 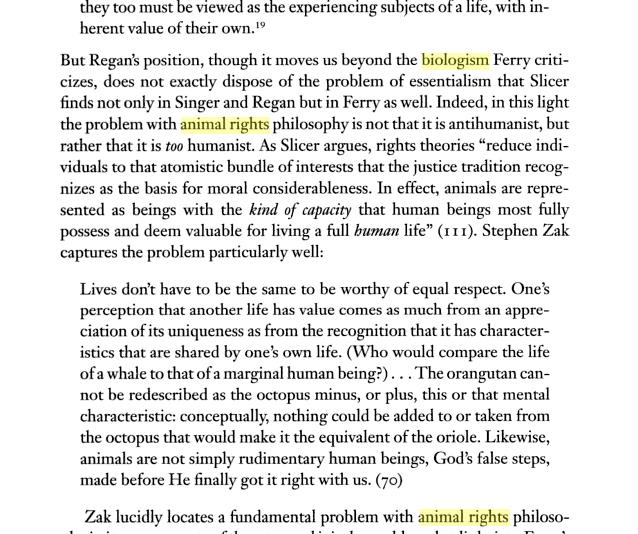 Veganic plus Animal Sanctuaries plus Ethics

There so far is no such thing as a “positive” veganic (which means: organic vegan agriculture) Animal Rights consciousness.

Not taking into consideration that nonhuman animals must be helped by all possible means, here looks to me like a form of speciesism might be lurking in the background, since if humans where in a comparable plight, anybody who would describe him-/herself as a non- misanthrope would help the humans in question.

Why doesn’t it occur to vegans and the veganic (vegan organic) movement, that humans and nonhuman animals can co-exist, can co-live without exploitation, as an option?

I have looked at various veganic projects, and as far as one can see, “animal rights” only plays a role in the way, that exploitation and usage of animals and animal products / fertilizer derived from animals is non-permitted, on ethical grounds, mainly. Hence, these people are VEGANS, and not just any people avoiding animal products: They avoid animal exploitation. That’s the Animal Rights part of the veganic movement.

Of course the forceful exploitation of the reproductive system of animals has to stop. Of course any form of overpopulation is bad for anybody and this planet. But the lives, that didn’t chose to come into this world, the lives that just happen to find themselves here – we do have to ethically respect the fact that these individuals exist.

Sanctuaries and vegan farming should merge I believe! To cut a long “story” short and practical.

But back to veganic-ism as it is

There is the mention of using human manure and faeces for fertilization (apart from the much more promising sounding self-fertilizing gardening methods which exist in veganicism too of course). But if people are willing to use their own manure, as part of the biological process of vegan agriculture, can’t the idea of “the sanctuary” and the idea of a newly veganic option be created in peoples minds? People can tolerate their own manure somewhere, but not another (nonhuman) animal’s manure? I think we cannot say that it is speciesist and exploitative if both humans and nonhuman animals live together in a natural space without harming or exploiting or using each other.

We as vegans ought to LIVE together with the other animals on this planet, in a peaceful manner, in mixed communities. If we can’t develop a consciousness for that, we fail at creating a (more complete) positive ethic. It’s enormously tragic that we let the speciesist view of “animals, us and the world” win insofar, that this view manages to inspire us vegans not to willingly plan to live together with the so called farm animals in a vegan, caring manner, with a strong will to co-exist.

Are the only options we can chose from the one of degrading nonhuman animals or otherwise totally excluding them, and making them nonexistent in a (desired utopian) daily reality? No, really, because this planet is also an animals’ planet!

Ethics … To me the veganic movement makes itself look as if it creates and expresses a bifurcation in what veganism ideally should mean. As good at it looks now and as much as such farming practices are heading for the major part in a promising and important and ethically inevitable direction, the veganic code of ethics nevertheless ignores an important factor and that is, again, to include all animals in a life affirming way.

This fallacy in the veganic vegan understanding makes vegans overall look as if this movement was basically about clearing nonhuman animals in their positives – and as living facts and individual fates – simply out of our lives!

I think there is morally something going drastically wrong with us.