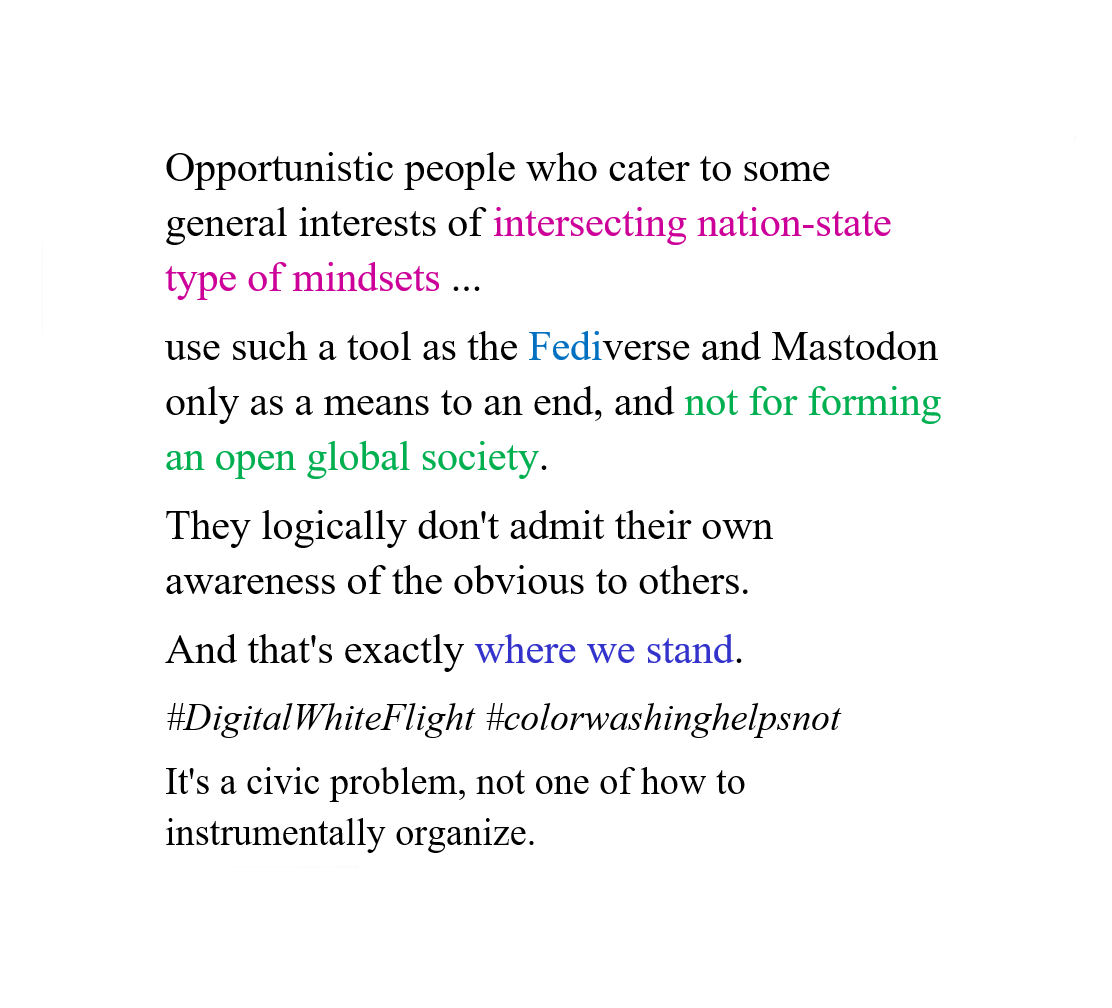 Opportunistic people who cater to some general interests of intersecting nation-state type of mindsets …
use such a tool as the Fediverse and Mastodon only as a means to an end, and not for forming an open global society.
They logically don’t admit their own awareness of the obvious to others.
And that’s exactly where we stand.
#DigitalWhiteFlight #colorwashinghelpsnot
It’s a civic problem, not one of how to instrumentally organize.