We all think we know what atrocities are, and yes we do know – as people, as human beings – what the worst types of atrocities are. However, we fail to acknowledge the full extent of the psychological mindset in humans who cause such actions we consider to be “crimes against humanity” or the murder of an individual or several or many, many human beings.

The type of mindset that likes to destroy others for no reason but for the sake of hatred, is the same type of psyche that picks on any other living being too, in order to rule over it, in life and death.

As humans we have drawn a fence around that what is brutality against the natural world – humans excluded as the only protected and self-declared only species with culture and civilization. And whatever type of atrocities a human does within this spot: “nature”, is ok. We don’t even call that an atrocity then.

Humanity wants to have high moral values, but the basis on which this has to rest is exactly that very basis which destroys moral values. Humanism invented a circle that runs it itself ad absurdum.

Moral values do need a basis, and in reality they have a basis, and that is in the lived relation between human inasmuch and animals. My right as a human, is my right to defend what I perceive to be an animals right inasmuch. So this is my critique about humanism. A.) it fails to be logical as far as ethical reasoning is concerned in general and B.) it won’t allow me to think and act freely as soon as I want to cross the border out of the sterile world of human perspectives and philosophies of life.

You think you know what segregation means, and what it feels like. But go as a nonhuman animal into any designated human zone (basically every spot in the world), and you know what type of atrocity homocentrism is.

Human are animalcentric in that they focus on a total destructivity towards animals, both willing and unwilling. Animal culture is something human cultures have so much worked against, that being human in itself really is the anti-thesis to animal life. And humans try just so hard to be so very proud of that.

Humans want to emulate animals of prey, but they are just plain humans. We don’t know what the reason culturally is behind the animals of prey hunting other animals. But one thing is for sure, we as humans have another role and potential role. We can either fail and be enemies to the world, or we can see our own role and position made up of own and specific moral participatory values.

I don’t understand why people overall think and act in such highly undifferentiated ways when it comes to their stances on the human-animal relationship, when it comes to thinking about animal life and human life, and life in the universe over all.

Living life as a single being confronts one with certain inevitable questions of the meaning and the purpose of ones own life. Look at the different meanings people seek out for themselves – all strings run together at a certain spot, and that spot is not to be found in any human-superiorist stratagems. 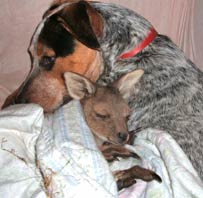 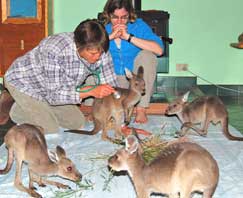